The Magic Behind the Manning Music Series

The Manning Music Concert Series is an annual event series that celebrates music, theatre and other art forms. The series began in 2007 and what originally started as a program focused on a partnership with the N.C. Symphony, the program now offers a wide variety of genres and musicians. This season’s past performances included a Musical Theatre Masterclass with performers from North Carolina Theatre and a concert with the North Carolina Symphony. However, these events do not only feature outside musicians, it also allows immersive student learning opportunities for those interested in the arts. Either helping behind the scenes or appearing on stage, there are multiple opportunities to get involved. Students, like Marerika Monroe ’22, have an opportunity to grow their skills as performers. “I was able to push myself outside of my comfort zone, and I had a fun time while doing it,” said Monroe. Monroe read the poem, “On Foot I Had to Cross the Solar System” by Edith Södergran, in the February concert of the 2019-2020 Concert Series.

Davyous Melvin ’22, also echoed similar thoughts on the importance of the event. “It allows students to perform in front of a wider audience.” Davyous was a part of the January concert, where he sang a song from the musical, Parade. He not only was able to perform but gained valuable feedback from experienced professionals in his major during the Masterclass.

The Manning Music Concert Series allows the University to unite with different communities for one cause. It builds better networks into people from different talent realms. Including a performance from the current Miss North Carolina, Alexandra Badgett, who performed a tap dance accompanied by WPU student, Deanna Richards’21. It also connects students with different musical styles not available on campus. In the past, it has featured acclaimed soloists, string quintets, and traditional chamber music.

The Manning Music Series has been a part of the Peace community for more than a decade. Peace alumna, Sara Jo Allen Manning ’58, ’60, established the Manning Music Series in 2007 as a way to combine two of her passions — music and her alma mater. She wanted to bring music here – to Peace – for students, faculty, staff, neighbors, and community members to all enjoy at no cost. This program is put on in collaboration with the North Carolina Symphony and provides an annual series of concerts to the William Peace University community.

Manning’s legacy stretches beyond Peace. She has been an impactful leader in the Raleigh community. Manning worked as the Secretary to the Bishop of the (Episcopal) Diocese of North Carolina for many years before retiring in 2002. Additionally, she has served on the Board of Directors for both The United Arts Council from 2000-2001 and the North Carolina Prevention of Blindness from 1981-1987, and as the Vice President of the Raleigh Arts Commission in 1990. She served on the executive committee of the Raleigh Chamber of Commerce, and the President of the Junior League of Raleigh. WPU continues to be grateful to Sara Jo Manning for her years of outstanding service and dedication to the University. Our community looks to Manning as an exemplary example of Peace values and alumni engagement, and we are inspired by her legacy of selfless giving and warm spirit. 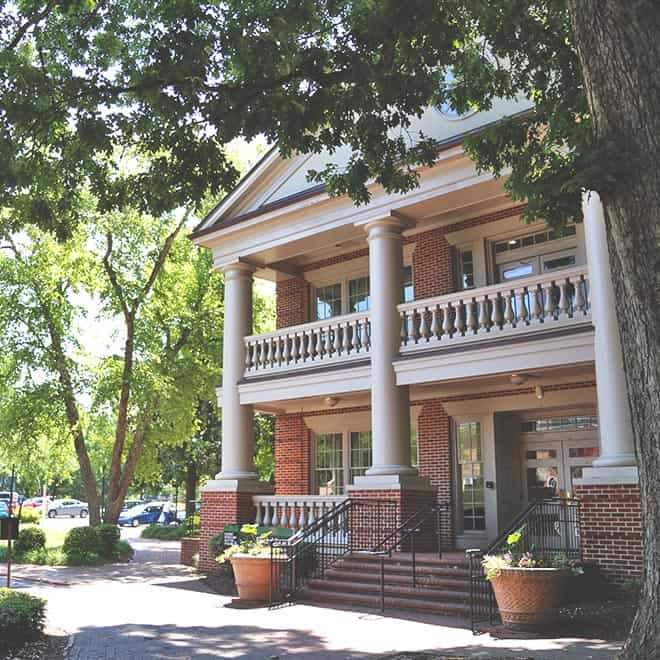