William Peace University is proud to name James F. Goodmon, President and CEO of Capitol Broadcasting Company, as its 2017 Commencement Speaker. Mr. Goodmon will receive an Honorary Doctorate Degree in Humanities, as will William Peace Professor Emerita, Dr. Sally Buckner. This year’s Commencement Ceremony will be held on Saturday, May 6, 2017, at 9:30 a.m. on the University Green, located at 15 E. Peace Street.

James “Jim” Fletcher Goodmon is a widely-known businessman and philanthropist who has served as President and Chief Executive Officer of Capitol Broadcasting Company (CBC) since 1979. CBC was founded in 1937 by Goodmon’s grandfather, A.J. Fletcher. As the company’s top executive, Goodmon has guided the growth of CBC’s broadcast holdings and led its dynamic expansion into satellite communications, new media, real estate, and professional sports.

“Mr. Goodmon is a respected and accomplished leader and citizen of this community. I am thrilled our students, faculty, staff, Board of Trustees and guests will get to hear from a proven-leader who embodies the University’s values: a focus on students; commitment to community; courage; creativity and innovation; excellence with integrity; and advocacy for diversity, inclusion and respect.”

Goodmon’s leadership extends beyond the business world. He serves as Chairman of the A.J. Fletcher Foundation, a charitable fund that donates millions of dollars annually to organizations throughout North Carolina. He also chairs the Dix Park Conservancy, a private organization backing the development of Dorothea Dix Park in Raleigh.

Goodmon is the recipient of numerous awards and honors in his professional and philanthropic career. He is a member of the North Carolina Journalism Hall of Fame, and in 1999 was presented the DTV Pioneer Award by Broadcasting & Cable magazine to recognize his national leadership role in the advancement of digital television. He is also the recipient of the Governor’s Award for Lifetime Achievement from the Nashville/Midsouth Chapter of the National Academy of Television Arts and Sciences.

In 1997, Goodmon received the “Smart Start Pioneer Award” for his efforts in helping Governor Jim Hunt launch the state’s early childhood learning program. He later received the 2000 North Carolina Award for Public Service, which is the highest civilian award bestowed by the state. In 2008, he and his wife Barbara were inducted into the Raleigh Hall of Fame to recognize their service to the Raleigh community.

The Goodmon family has long been a steward of education and non-profit work, having generously given to William Peace University and other beneficiaries in the Raleigh area. At WPU, Goodmon helped establish the Dr. Claire Freeman Cellular and Molecular Biology Lab, named in honor of a family friend, and the Betty Lou Fletcher Goodmon Visiting Scholars Fund, named in honor of his mother, a 1940 Peace graduate.

In addition to the Fletcher Foundation, Mr. Goodmon and his wife established The Fletcher Academy, an independent day school in Raleigh for grade school and high school students with learning disabilities.

Jim Goodmon holds Honorary Doctor of Laws degrees from Pfeiffer College and Duke. He and his wife Barbara have three children: Elizabeth, Jimmy and Michael, along with 10 grandchildren. 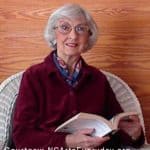 Dr. Buckner is a retired Peace Professor Emerita of English. A published poet, Buckner taught literature and writing at Peace for 28 years before her retirement in 1998. Dr. Buckner was the 1997 Baccalaureate speaker. The Statesville native earned her Ph.D. from UNC-Chapel Hill and her BA from WCUNC (now UNC Greensboro). Buckner has taught at every level of education, from kindergarten through graduate school, and has published fiction and poetry in a number of journals and anthologies, including “Voices from Home,” “Crucible” and “Out of Line,” and authored a poetry collection, “Strawberry Harvest.” Buckner also edited two anthologies, “Our Word, Our Ways” and “Words and Witness: 100 Years of North Carolina Poetry.” Buckner’s papers, “Sally Buckner Papers, 1963-2004,” reside in The Southern Historical Collection, Louis Round Wilson Special Collections Library.

Dr. Buckner long served Peace and has continued to well serve and well represent the institution in many ways following her retirement. In 2016, Sally received the Order of the Longleaf Pine from the State of North Carolina, with WPU representatives were in attendance. Sally has been a longtime donor to the University, participating in the Kresge Challenge during the POP Campaign and was on the Sesquicentennial Campaign Committee in 2007. Dr. Buckner will be awarded an Honorary Doctorate Degree in Humanities in recognition of her service and support.

“Dr. Buckner’s impact on the life of our University cannot be overstated. Thousands of our students benefited from her exceptional teaching, not to mention her deep commitment to each student’s success,” Ralph said. “Furthermore, she represented the institution beautifully through her creative work as a poet.”